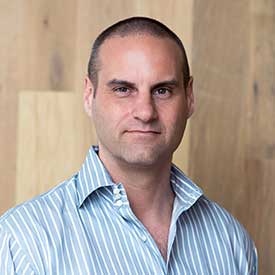 Greg Simon is CEO and Co-Founder of Loyyal, a universal platform for the loyalty and rewards industry using blockchain and smart contract technology. Prior to Loyyal, Greg had a 12 year career in investment banking having worked as Head of Institutional Equity Sales for JP Morgan Japan and Managing Director of Asian Equities for Macquarie Securities. Between both careers Greg traveled around the world for 12 months visiting 42 countries.

The founding of Loyyal in 2013 represents his commitment to bring the world into a future with blockchain. He believes blockchain has the potential to empower individuals with greater control over their destiny. Loyalty specifically is the key to unleashing the undiscovered value in relationships with blockchain technology is the foundational tool for incentivizing positive human behavior.

Greg is a member of the Dubai Global Blockchain Council. He was born and raised in Lincoln, Nebraska. He graduated from the University of Nebraska Lincoln with a major in Accounting, has a two year degree from Nanzan University in Nagoya, Japan in Japanese Language and Studies, an MBA from Columbia University. He is a US CPA and a CBP (Certified Blockchain Professional).