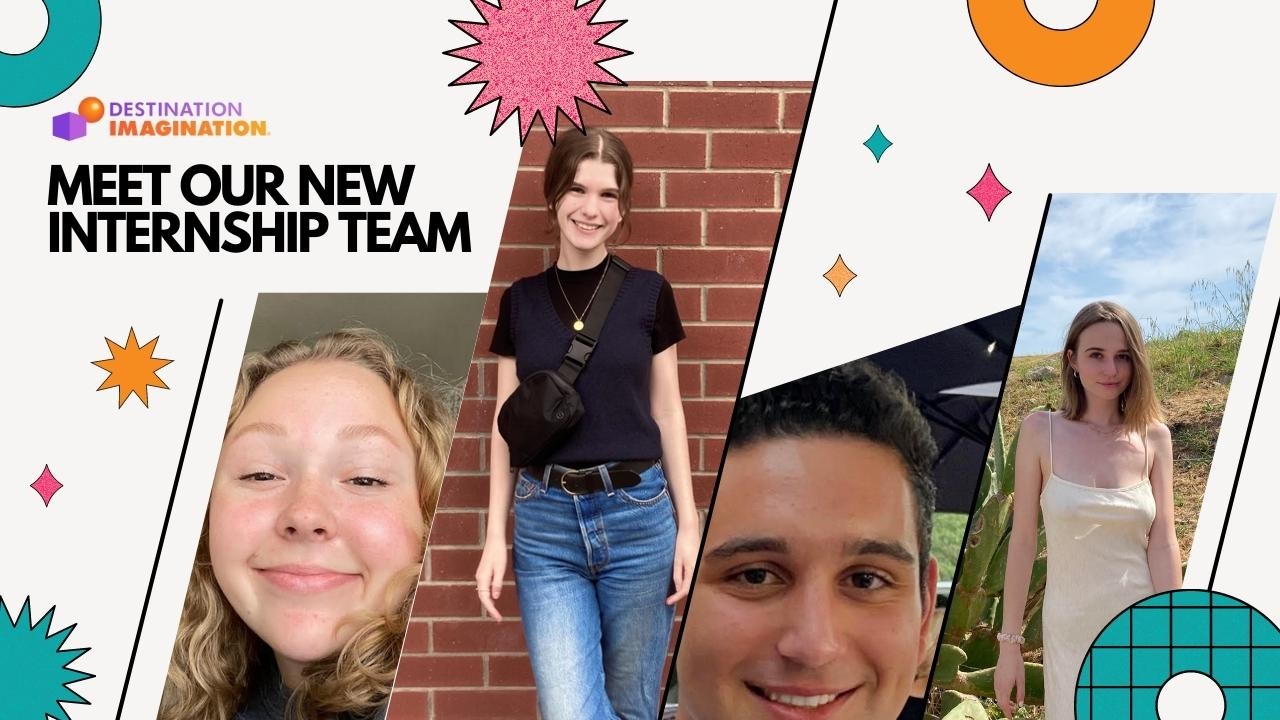 Destination Imagination (DI) is pleased to introduce its Spring/Summer 2022 intern class. These individuals applied through a competitive process earlier this year and were chosen from a deep pool of qualified applicants because they exhibit core qualities necessary for success, including creative spirit, curious nature and commitment to bringing their best to their selected internship. These interns began working with their respective teams in March and will complete their internship at the end of July. Please join us in welcoming this great group of Destination Imagination alumni to the team! If you’re a DI alum and you’re looking for more ways to get involved and give back to a new generation of DI kids, click here.

As a Destination Imagination alumna, Amelia Calo is ecstatic to be taking part in the internship program. Amelia participated in DI for two years of high school and had the opportunity to go to Global Finals during her second year.

Originally from New York, Amelia now lives in Toronto and is a psychology major at York University. She plans to pursue a career in the education field and as a DI intern, she looks forward to seeing what DI can teach her in this chapter of her life!

Oliver Scharaf is from Washington state and has been involved with Destination Imagination for more than 9 years. Oliver’s team competed in the Fine Arts Challenge and participated in eight Global Finals tournaments. Apart from competing, Oliver has volunteered at DI Washington’s Regional Tournaments and helped manage a team participating in the Scientific Challenge.

Outside of DI, Oliver is a student at Georgetown University in Washington, D.C., studying Business Operations and Analytics and Marketing.

Basia Pruszyńska is a DI alumna from Poland and is currently studying at the Design Academy in Eindhoven, Netherlands. She was a DI participant for four years and during her last year in DI, she was also a Team Manager.

Basia enjoys creating and working with her hands, including sewing, painting, experimenting with ceramics, sketching, and especially, working with interior design, which she plans to major in after finishing her bachelor’s. Aside from DI and design, her favorite hobby is hanging around with her four cats and taking cute pictures of them. She also enjoys cooking and coming up with new vegan recipes.

She is excited to be a part of the DI community again through her internship–this time in a role that corresponds with her degree.

Denae is a sophomore at Texas A&M University working toward a Bachelor of Arts in Chemistry. She is involved in aggieTEACH, a program that allows STEM majors to become certified to teach seventh- through twelfth-grade math or science while earning their degree. Denae plans on becoming a high school science teacher after graduation in May 2024.

After she saw her older brother competing in Destination Imagination, Denae began participating on a DI team in second grade and continued through her senior year of high school. She attended the state tournament multiple times throughout her 11 years in the program and earned her Magellan in 2015 after competing in all six DI Team Challenges. After trying all of the Challenges, some of which multiple times, Denae remembers finding the most excitement in the Scientific Challenge, which was the last Challenge she did in 2020. Denae also received the Jo Williams Honorary Scholarship her senior year, a local scholarship for the Greater Fort Worth Area Region in Texas.

This semester, Denae is excited to work as a Strategic Partnerships and Advancement intern to continue her involvement with Destination Imagination. When she’s not working or studying, you can find her playing with her kitten or cooking delicious meals. 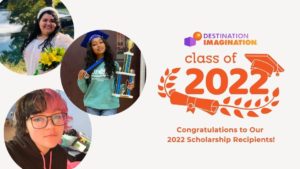 Congrats to Our 2022 Scholarship Winners! 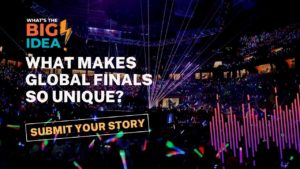 What Makes Global Finals So Unique? Share Your Story! 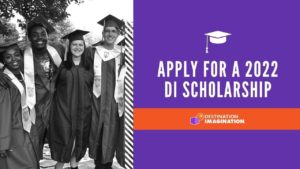 Apply for a 2022 DI Scholarship 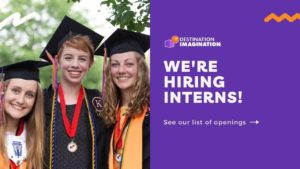 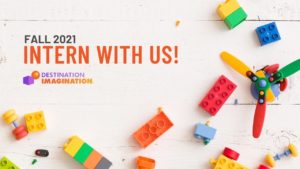 Intern with Destination Imagination this Fall!